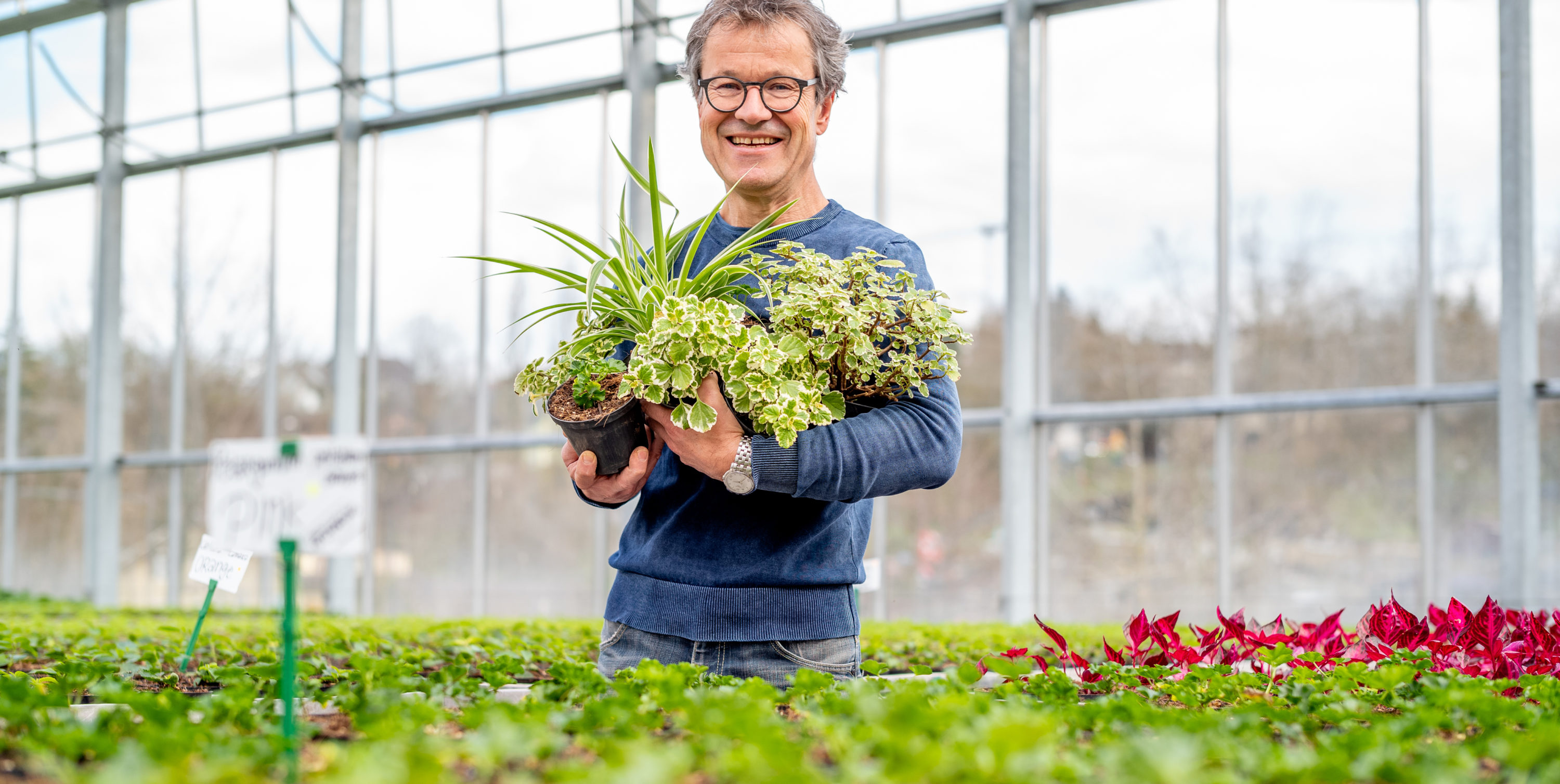 The magnificent flowers of the Chapel Bridge

Colorful, well-groomed and photogenic: a lot of work and passion goes into this ideal photo opportunity

The tradition of floral decoration

What it takes to keep the flower boxes blossoming all summer long. Quite a lot, in fact, and that includes the soil mixture. Read on to discover the recipe.

It is not clear who first had the idea of hanging flower boxes from the balustrades of the Chapel Bridge. Initially, only the two bridgeheads were adorned with flowers. In 1978, the city of Lucerne received flower boxes from the Master Gardeners’ Association (Gärtnermeisterverband) in order to decorate the bridge on the side facing the lake for the city’s 800-year anniversary celebrations. Only planned as a one-off, this action went down so well that the bridge was decorated every summer from then on. Soon there were calls (from nearby hotels, among others) to fit the other side of the bridge with flower boxes as well, but the city always rejected the idea as being too expensive and complicated. It was only in 2006 that Thomas Schmid, the former head of the city of Lucerne’s Parks and Gardens Department, took the initiative and – as “Rüüdiger Lozärner (an annual award bestowed by Lucerne radio station Radio Pilatus on someone who achieved something special in the previous year) – adorned the entire Chapel Bridge with flowers.

From the City Run to the Swiss City Marathon

Employees of the Municipal Parks and Gardens Department hang the flower boxes on the balustrades of the Chapel Bridge at the start of May each year. Depending on the weather, this is usually timed to coincide with the Lucerne City Run (Stadtlauf). Finding the perfect date is not easy. There are market days, events and internal processes to consider. Once they have been placed on the bridge, the flowers are still relatively small and grow from day to day. They come into full, magnificent bloom in the months from July to September, and stay in place until the end of October. After the Swiss City Marathon, the boxes are taken down and their contents disposed of in the Municipal Parks and Gardens Department’s compost, forming the basis for next year’s flower decorations. The circle is complete.

The production of these
boxes is a highlight for me and the whole team every year.
Christoph Schoch, Head of Production at the Municipal Parks and Gardens Department

A year of preparation

As Head of Production at the Municipal Parks and Gardens Department, Christoph Schoch has influenced the Chapel Bridge’s floral appearance for decades. Despite all this experience, he never gets bored with the job. The passionate gardener composes and realizes a new flower arrangement for the 278 boxes every year. He begins to think about the color composition and the selection and care of the plants a year in advance. To spend a whole summer on display on the Chapel Bridge, a flower has to be easy to care for and robust. No pesticides are used.

Produced by the Municipal Parks and Gardens Department

Rather than mass-produced goods shipped in from far-away countries, only high-quality flowers from local greenhouses are used. The city of Lucerne’s Parks and Gardens Department produces all the flowers for the Chapel Bridge itself. “That way, we know what we are getting,” says Christoph Schoch. Everything from plant cultivation to mixing the special soil to planting the flower boxes to caring for the flowers is done by a single team. “Our goal is to produce healthy and robust plants that survive the summer in this location without any problems. It would be a disaster if we had to remove the boxes in the middle of summer because the plants were wilting in them,” Schoch says. “I’m always a bit worried about that, but luckily it has never happened.”

Not just any old soil

An important foundation for the summer-long flower display is the soil. The special mixture is specially adapted to the needs of the plants in the Chapel Bridge’s flower boxes and is freshly mixed by the staff of the Municipal Parks and Gardens Department every spring. From coconut coir to sheep’s wool: the innovative gardeners are constantly tinkering and experimenting with their recipe. The composition needs to be as environmentally friendly as possible. The goal is to achieve a high basic level of nutrient supply solely with organic constituents. The primary material used is the city’s compost – an ideal “super-fertilizer” except for the lack of nitrogen. For that reason, the city gardeners also supplement the mixture with horn meal, horn shavings and sheep’s wool, which break down at different speeds.

The flower boxes in figures
278 flower boxes
hang from the balustrades of the Chapel Bridge in the summer
6,000 liters of soil
are required to fill the boxes
12 different plants
grow in a box to form a complete arrangement
500 working hours
is how much time the Municipal Parks and Gardens Department invests in the flower decorations every year
Ladybirds, predator mites and ichneumon wasps...
... ensure a healthy climate.

This soil feeds
the plants in the flower boxes for almost
half a year, so it really has to be capable of a lot.
Christoph Schoch, Head of Production at the Municipal Parks and Gardens Department

Beneficial insects instead of pesticides

If the flowers are afflicted by pests, the city gardeners turn to beneficial insects for help. Since it is not permitted to spray pesticides so close to the water, it is a case of ladybirds and ichneumon wasps versus aphids, spider mites and whitefly. “It’s not about eliminating all the pests and bacteria, but simply preventing them from gaining the upper hand,” says Christoph Schoch. If the pests gain in strength, the beneficial insects have to be supported. The little helpers are therefore already used during the cultivation of the plants.